I love the days that begin and end with photography.  Yesterday was one of those days.  I got up extra early to make it to Park City before sunrise.  In such a photogenic setting and just off the main road, the Park City barn has been photographed more than a few times.  I was hoping for some unique light so I could come away with something different.
I like to think of the photo canvas as split up into thirds.  Not only two dimensionally, but three dimensionally as well.  I know, a photograph is only two dimensional, but hear me out.  To create an image with real depth and visual interest, the photographer must make it seem three dimensional.  How do you do that with a medium that is obviously two dimensional?  Fake it.  Use leading lines, create layers, get a different perspective.  Every photo I take, I want it to feel like you are there.  Or to feel like you want to go there.  Which is why I try to create depth in every photograph.  Now, back to the photograph being split up into thirds.  The rule of thirds is an elementary rule in photography and essentially places your main subject in a more pleasing location other than just smack in the middle.*  The rule of thirds is basically this; split your image into thirds and place the main subject or horizon lines in the intersecting thirds.  This is a great rule and should be second nature to any photographer, but what if we took it to the next step?  What if the photo was actually a cube?  If you split your image’s depth into thirds what do you get?  A foreground, a middle-ground and a background.  Placing visually interesting objects in these thirds will create depth, and how you place them will either make it interesting or distracting.  The idea of creating a cube instead of a flat plane will improve your photography tenfold.  Now, It’s up to you in how you place objects within this cube.
In my photo below, the cattails are my foreground and out of focus for a reason as I don’t want them to distract from the main subject, the middle-ground, the barn, is my main focus, and the mountains are my background.  With an aperture of 2.8 I wanted the focus to stay on the barn and kind of soften every other layer in the photo (ie. the mountains and the cattails).  I used my 70-200mm lens to compress the landscape a bit and make it feel like the mountains were right up against the barn. 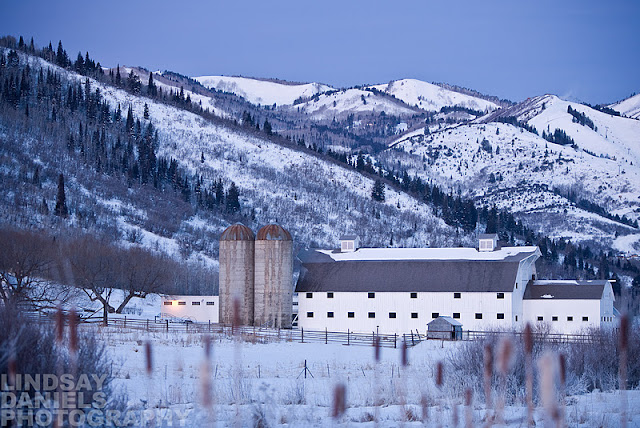 Back in Salt Lake I was able to catch sunset in the city.  I went up to a favorite location of mine to take photos of the City Council Building.  I try to pre-visualize what kind of photos I want to take in certain locations and I certainly had some ideas of what I was looking for here.  The sky was working again for me and I was able to come away with the images I’ve had in my head.  Gotta love a day full of successful photography! 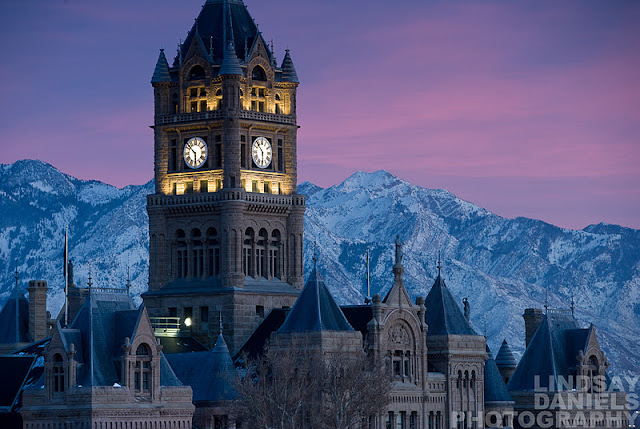 *This rule, and every other rule for that matter, is really only a guideline (as Captain Barbossa would say).  So, learn the rules and then learn how and when to break them.
Share this...

3 thoughts on “Day Full of Photography”