Nowell lit up his hand-rolled cigarette as he continued to explain his reasoning for protesting outside the Federal Bank Building on State Street and 100 South in Salt Lake City.  There’s a handful of individuals at this site supporting the ‘Occupy’ protests around the nation.  Nowell stressed that getting the word out was his main purpose and the reason he’s been sleeping and protesting at this location for the last two weeks.  Cars driving by honked in support, and the occasional passerby stopped with interest.  Others are not so enthusiastic about the idea.  One man confronted a protester by yelling and throwing his hands around.  I thought the tension might rise, but the protester stood his ground with an easy going smile on his face until the man left.  These protesters don’t seem to be looking for a fight.  They just want their voices heard.  And as Americans, we all have a right, if not an obligation, to voice our opinions. I’ve had to learn, as a photographer, that you have to keep an open mind.  It’s best, in order to tell the story, to not take sides.  Sure, I have my opinions, but I don’t think they are best spoken here or getting too wrapped up with my photography.  Take these photos as they are.  I’d much rather have my photos speak for themselves than for me to try to explain them, and hopefully they are able to do just that. 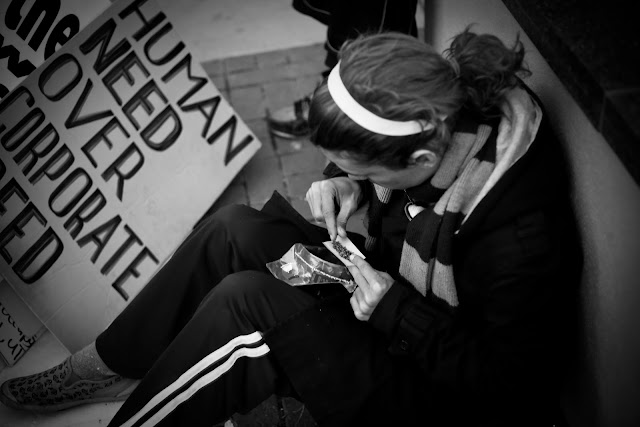 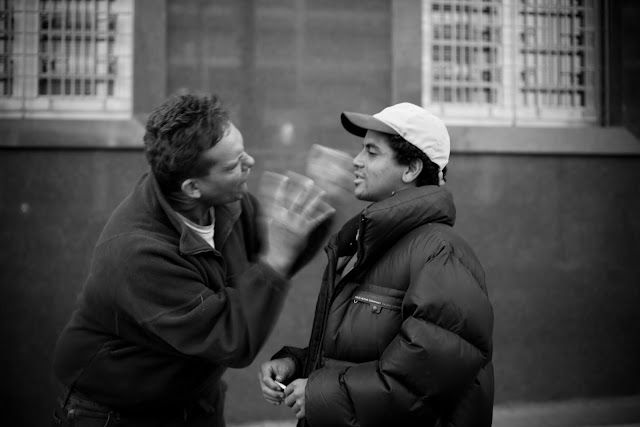 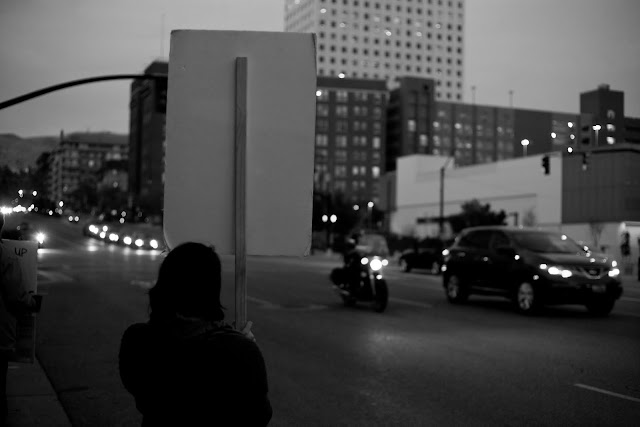 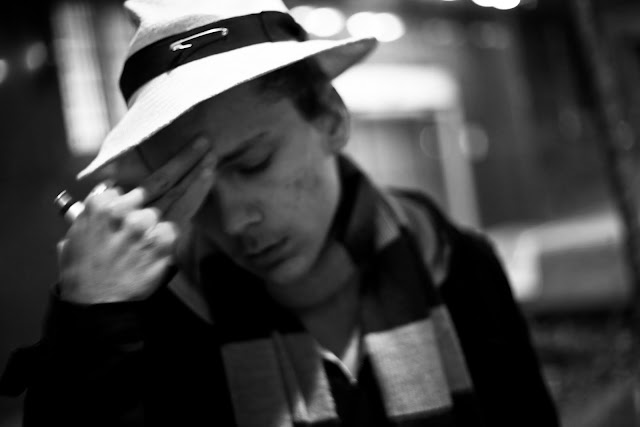